It's the little things

Back in April, The NACC held a seminar online called Dining with Dementia. As its name suggests, this important seminar saw a panel of experts provide tips on how to improve the dining experience for residents with dementia, and it was clear that small changes can make a big difference. Here, we have rounded up the key pieces of advice.

Acoustics
The importance of acoustics was first covered by Stacey Simms, manager of Healthwatch Wiltshire, an independent organisation that listens to and speaks out for people who use health and social care services. She said: “Soft background music helps to create a nice atmosphere. It’s important to avoid distractions and sensory overload. Keep the TV turned off, the radio off and make sure staff are calm and not shouting, while being aware of other noises that might be in the background that could be a distraction – for example, the cleaner hoovering or something like that.”

Jules Knight, a consultant admiral nurse for Dementia UK, echoed what Simms was saying and told listeners that it was all about “bringing the noise down.” In terms of staff, she said that rather than talking across the room at one another, it’s important that conversations are held quietly to maintain a sense of peace and calm. What’s more, she recommended playing gentle music in the background, advising listeners to consider the client group they’re working with and their preferences.

Smells
The experts agreed that smells can play an important part in driving a person’s appetite. Declan Henderson, category development manager – specialist nutrition at apetito, explained that “strong food scents can help prepare people for eating by stimulating a part of their nervous system and brain that sends signals to their salivary glands and stomach, which drive hunger, make their mouth water and get them ready to eat.” He added that cooking food in an open kitchen, having a serving unit or catering trolley inside the dining area and seating residents while food is being prepared will all help to increase hunger levels.

Knight said it’s important that less savoury smells, such as those that may originate from the toilet area, do not enter the dining room. Interestingly, she also mentioned that studies have shown that citrus smells can help increase a person’s appetite.

Visuals
As well as scents and sounds, consideration must also be given to the visual aspects of a room, which again can have a significant impact on a resident’s dining experience. Patterns should be avoided (including on the floor) and there should be a strong colour contrast between all elements of the dining room set-up, including the floor and the chairs and the tablecloth and the plates.

“The reason why it’s so important to have the contrast is because as we get older, and that’s with or without dementia, our sight changes, how we perceive things changes and particularly for people with dementia it can become very difficult in terms of perception,” explained Knight. “A lot of the food that we have is beige in colour, so potatoes, chicken etc, it’s all quite pale and on a pale plate it kind of fades in. If you have a brightly coloured plate, it’s actually more obvious that the food is there, it’s much, much clearer in terms of perception and that’s why we would always suggest colourful plates. It doesn’t have to be a particular colour but a really good contrast is important.”

Simms made clear that simplicity is key. She said: “People with dementia might find it hard to make sense of lots of patterns and pictures, so it’s best to avoid placemats with patterns on or plates with patterns on and try to keep things plain instead. Contrasting colours are also useful. It might be tricky for someone with dementia if they’ve got for example a white fish pie on a white plate on a white tablecloth, so contrasting colours will help.”

Tableware
When it comes to cutlery, listeners were reminded that the same style is unlikely to suit all residents. Anne Dudley, catering support officer at Hampshire County Council, suggested observing residents while they’re eating and paying specific attention to how they’re managing with the cutlery provided.

“Try out different styles of cutlery with your residents and see what suits them best,” she advised. “It’s a very individual thing, one cap does not fit all and there are some great choices out there now.”

Knight advised caterers to think about investing in adapted tableware, such as deeper dishes, plate guards and beakers, to give residents more independence and enable them to feel comfortable with eating and drinking at the table. She added that it may be worth seeking specialist advice from an occupation therapist on what specific items are needed.

Menus
To help residents decide what they want to eat, both Simms and Sophie Murray, head of nutrition and hydration at Sunrise Senior Living, said that ideally, they should be presented with ‘show plates’ that display the different meal options. Knight told listeners if this isn’t possible then it’s important that menus feature an image of every dish that is listed.

“It’s essential to give people the best opportunity to choose the meal that they want,” said Knight. “So if we use picture menus we obviously give people that visual, they’re able to look and pick what they would like. It’s also written there, so if they’re able to they can read what’s there and for us as staff being engaged with them we can say, ‘for breakfast would you like a boiled egg, would you like crumpets, would you like cereal?’ And by having the visual, the verbal and the written, it’s stimulating the brain on three levels, so it should actually help that person make a choice.

“The reason why it’s important to have the visuals is because if you just offer a list verbally, so boiled eggs, crumpets and cereal, it’s likely the person with dementia will say the last thing, because that’s what they remember, when actually they might have wanted the boiled eggs, so those visuals are really, really important.”

Choice and flexibility
While it is often easier from a staff perspective to run a rigid dining operation, the experts said that staff should always try to tailor the experience to suit the individual needs and preferences of residents. It was agreed that residents should be allowed to dine where they want (even if this means eating different courses in different rooms) and to graze throughout the day instead of dining at set mealtimes. In addition, Henderson said that residents shouldn’t be made to eat a two or three course meal in a certain order.

“If someone living with dementia is being fed and is showing a real propensity for their hot dessert before they’ve had their main course, that’s absolutely fine,” he commented. “There are no rules when it comes to sweet over savoury and it’s about the enjoyment. Eating dessert first may spark a person’s appetite and then they will move on to their main course.”

Simms added that if meal choices are made in advance, it’s important that residents are given the opportunity to change their mind at the time of eating.

Staff members
During her presentation, Murray said that every mealtime should have a designated leader, ‘waiters’ and support diners who sit and dine with vulnerable residents, ideally eating the same food unless they are directly assisting a person with eating and drinking. When assisting, Murray said that staff members should be at eye level with residents and wearing dignity aprons rather than blue plastic ones, stating “it’s not a clinical experience.” She revealed that further advice on supporting somebody to eat and drink can be found on the website for the Royal College of Speech and Language Therapists.

Serving food
Knight advised listeners to think about serving food in a way that enables residents to maintain as much independence as possible. Giving an example, she spoke of an elderly gentleman who didn’t appreciate being fed soup by a carer. Next time, he was given soup in a mug, based on Knight’s advice, and was able to feed himself, which created a much more “dignified experience for him”.

What’s more, Murray said that staff members should always make sure they serve food with the correct utensils, using pie servers for example rather than spoons.

“There have been so many occasions over the years where I have seen the wrong utensils used,” she revealed. “It means the food that is cooked beautifully suddenly looks really awful on the plate.”

Food and drink options
In terms of food options, Simms advised caterers to create dishes that will stir up fond memories. As you will know, memories increase enjoyment, and enjoyment does of course lead to increased consumption.

“It’s good to find out from the people that you’re supporting if there are any particular meals that bring back some memories,” she said. “For example, there might be a resident who really enjoyed a certain pie as a child, and it’s about trying to incorporate that into mealtimes.”

Listeners were also advised to provide all residents – not forgetting those who are on special diets – with a choice of meals that are nutritionally balanced and presented beautifully, with choice being the key word. Knight said it is equally important that residents have a wide selection of drinks to choose from.

“Water is something that we always offer but actually water is not always favoured by people with dementia,” she pointed out. “It might be about providing cordials, tea, coffee… they’re much easier to see than water, so they’re more likely to be drunk.”

Tackling malnutrition
According to Henderson, 46% of those living with dementia are at risk of or living with malnutrition. While this can be tackled in a few ways, such as with supplements prescribed by a clinician, he spoke about what he called the 1-2-3 approach, a daily strategy which involves giving residents one pint of fortified milk or a milkshake, two nutritious snacks and three energy dense main meals, accompanied by hot desserts where possible.

“You could use the fortified milk throughout the day in things like tea, coffee, porridge and cereal and you could also mix it into mash potato,” he said. “When it comes to nourishing snacks, things that may be high calorie and fattening for you or I are perfect for people that are potentially at risk of weight loss. Things such as cheese and crackers, full fat yogurts, custard pots and rice puddings, mini pork pies, sausage rolls, scotch eggs, chocolate cakes or biscuits are absolutely fantastic high protein, high energy snacks to have throughout the day.

“If you’re preparing meals in your own kitchen, the addition of high calorie, fortifying ingredients are essential,” he continued. “A few ideas for this are adding cream cheese and butter to things like mash potato, pouring a little bit of olive oil onto your vegetables or mixing nut butter, jam or honey into breakfast meals such as porridge or cereal. A really key way to get further calories in is to serve main meals with a sauce. The amount of protein and calories you can fit into something like a cream or a cheese sauce is exceptional.”

This article can be found in the summer issue of Care Home Catering. 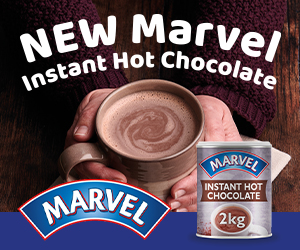