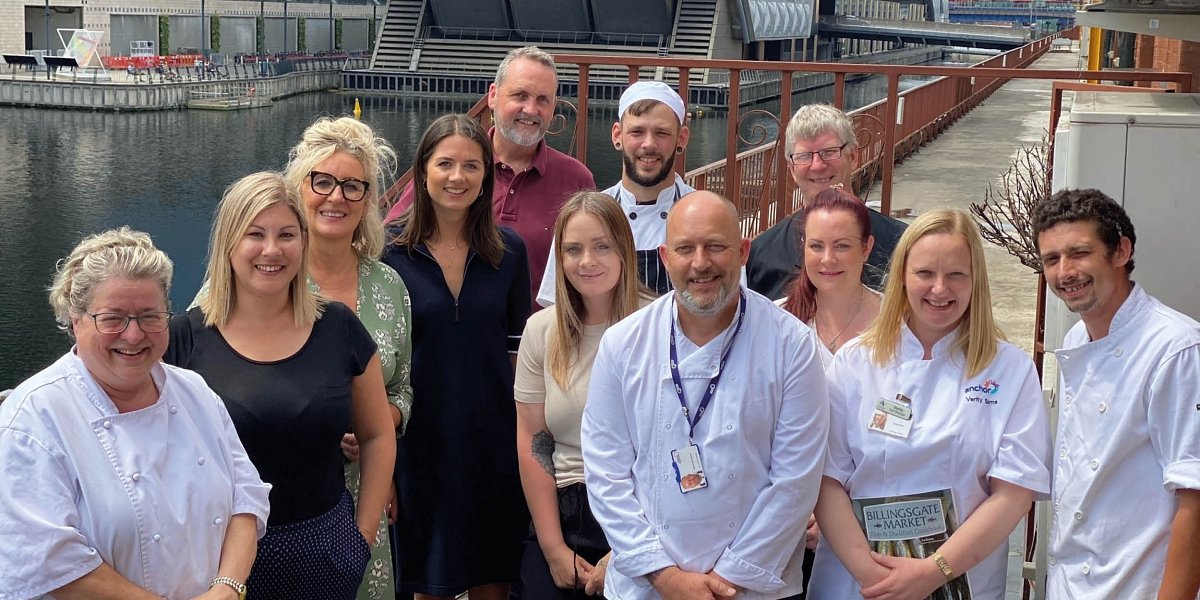 Care chefs from Anchor enjoyed a cook-off at Billingsgate Market.

Five chefs from not-for-profit provider Anchor came to Billingsgate Market from across the country in July for an action-packed day. The day began at 6am, with the group being given a behind-the-scenes tour of Billingsgate Market at its peak operating hours from CJ Jackson, principal of Billingsgate’s Seafood School. They learned its history and fun facts about the day-to-day operation of London’s most famous food market.

Following the early start, the chefs were then treated to a crash course in seafood from Jackson, who taught the group some expert skills and tips on prepping different kinds of fish and other marine life. The team then had a chance to test their skills in front of one of Britain’s most acclaimed seafood chefs.

Afterwards, the chefs had a cooking contest against one another. The competition was judged by Jackson as well as Jamie Clews, from Robot Coupe, Anchor’s 2021 Chef of the Year Verity Simms and Maria Bamford, its director of villages and care services south.

The competition was fierce but in the end Sean McEnery, an Anchor catering manager who supports care homes in Coventry, was judged to have delivered two overall consistent dishes that just about pipped his fellow chefs.

Noel Finnegan, Anchor's catering manager, says the day was a chance for chefs to test their skills and learn some tricks they can bring back to the kitchen.

Anchor crowns its Chef of the Year

Care group crowns its chef of the year